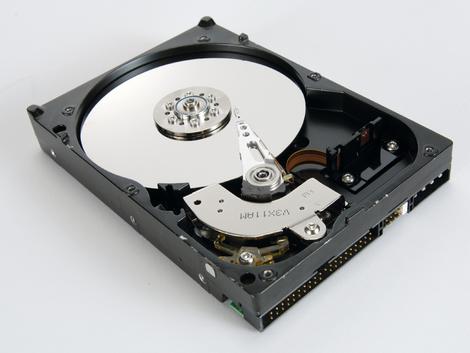 Repair a dead hard drive: Where to start

When a hard drive goes bad, the first thing you'll probably do is have a good old curse at the platter gods for picking on you. You then might decide to have a bit of a panic when you realise that you didn't back up your files.

Shortly after sweating out a few pounds, you'll probably have a go at fixing it. Well, it's worth a shot after all. But chances are, unless you know exactly what the problem is and have the skills necessary to fix it, you're pretty much up poop alley.

If you're lucky and the disk head or motor hasn't been damaged, the problem could lie in the controller board or printed circuit board (PCB). Often, when there's a power surge or the drive overheats, it can damage the board. If this happens, then you can quite easily replace the PCB with one that is working and bring your hard drive back to life.

A common sign that a PCB has been in the wars is a scorch mark, but sometimes there are no visual cues to give the game away.

The PCB might not be the problem after all, then, but it's the one area of the drive that you should tackle first when something goes wrong. After all, a replacement PCB from a specialist like www.hdd-parts.com will set you back around £25 delivered to your door, so it's a relatively inexpensive way of fixing your drive.

If you were feeling plucky, you could just go to a data specialist and get a man in a white coat in a lab to carefully take your entire hard drive apart and put it all back together, in the hope of rescuing your drive, but you'll be looking at a bill for at least £1,000. Unless you really, really need the files on that drive, you'll avoid this route and go down the PCB road first.

Does it really work? Well, we tried it on a drive that had suddenly stopped working one day. There were no horrible clicking sounds, it simply wouldn't power on – the thing was lifeless. So, we replaced the PCB with an identical working one and managed to get it working again.

This wasn't after trying it on many different drives – this was the first one we'd worked on, so it wasn't a fluke.

It's worth mentioning that if this works for you, and there's a pretty good chance that it will, once it's up and running again, don't get lazy and put it back in your PC. If it failed once, there's a probability that it will fail again. Our advice is to transfer all your sacred files to another drive and then bin it… or pop it in the trophy cabinet.

Get a replacement PCB identical to your current one, otherwise it won't work. Note down the model number (below the S/N), the P/N, the Firmware code, Date code and Site code, as well as the Main Controller IC number, which is located on the main square black chip in the middle of the actual PCB. In our case it was the six-digit code near the top, above the word 'SEAGATE'.

2. Search for it online

Go to hdd-parts.com and enter the model of the dead drive (in our case, it's the 11-digit code two lines down from the top of the drive) into the search box at the top of the page. This won't give you the exact model, but look through the list of results and find the drive that matches all the numbers you noted down in the first step. Now, buy it!

The new PCB should take about six to 10 working days to arrive through the post. When the mail man comes round, you should receive a box with a replacement working PCB inside, as well as a torx screwdriver and installation instructions – not that you'll need this last bit. If something is amiss, email the company and they will get back to you within a couple of days.

On top of the PCB you'll see five screws connecting it to the hard drive. Undo them using the torx screwdriver included in the kit, making sure that you don't lose any of them. They're pretty tiny, so once you've managed to remove them all, place them into a zip-lock bag so they don't go astray if you decide to have a break between now and the next step.

Make sure you ground yourself – an easy way of doing this is to put on an anti-static wrist band – and then carefully take the replacement PCB out of its anti-static bag. Pop it onto your old hard drive, making sure you line it up with the original screw holes. Take the screws from your zip-lock bag and screw the PCB down, ensuring each screw is reasonably tight.

6. Try out your drive

Turn on your PC. Then connect your hard drive to your dock, plug it into the PC and power it up. If the problem with your old drive was due to a faulty PCB, replacing it should now allow your drive to be recognised properly. Access the fi les you need, then copy them to your PC. Don't attempt to use the drive once this is done: chances are it might turn faulty in the future.